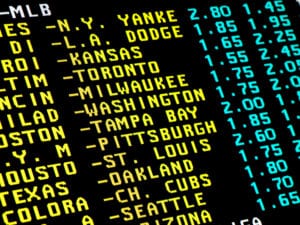 Given that there are an estimated $150 billion in illegal wagers made by Americans every year, a recent court decision has suggested they might become legal soon. People have been betting on sports for decades regardless of its legality. With all of that thrown into the air by this Supreme Court decision, North Carolinians might be wondering what it could mean for them.

While sports betting remains illegal as of this writing, if the Supreme Court refuses to punish people for it, the gambling industry will be shaken to its core. With the argument of protecting the “integrity of sports” made moot by the persistence of gambling, legal gambling could bring new revenue and new business.

If you’re curious about how this Supreme Court decision affects people across North Carolina, here are a few things this decision means.

It Pulls Fantasy Football Out Of The Dark

For years, sports fans and people who love to gamble have been brought together via fantasy football and sports gaming sites. Because they’ve operated in a gray area for years, sites like FanDuel and DraftKings have avoided paying taxes but have had to walk a legal tightrope.

If sports betting is legalized, North Carolina along with a host of other states are going to be likely to try to draw taxes from bets placed by residents. While this is a hit to the profits gathered by the betting sites, it’s well worth coming in out of the dark to then be able to operate freely.

With sports betting legalized, more sites are going to open, competition will get fierce, and even more people will become engaged.

For years, a debate has raged about whether or not college athletes should be paid. While college players don’t get their own merchandise or jerseys, they do help drive ticket sales and work to promote the licensed merchandise of the schools.

Some people claim that they often get scholarships, which is a form of payment. Others argue that schools earn as much as some NFL teams do. For this reason, they should be paying student-athletes a relative amount or putting that money into programs that help low-income students and neighborhoods.

Gambling raises the stakes of an already tricky conversation.

It Could Bring Much Needed Money

One of the big reasons to bring sports betting into the light of day is the potential for increased tax revenue. Public programs and school funding are already suffering from budget cuts.

This is the same argument people have used for a change to marijuana laws.

The potential taxes that could be levied on gambling winnings and from betting venues could save many important social programs. As cities and towns around the country ask for more funding for infrastructure, sports betting could save the day.

If sports betting were legalized, the economic woes of many states could be lessened. The number of people needing legal assistance for breaking gambling laws would be able to avoid jail time. People fined for gambling would be able to put that money into the economy of legal gambling.

Until it becomes legalized, if you need a bail bondsperson to help with a gambling-related charge, check out our guide to a smooth bail bonds experience.