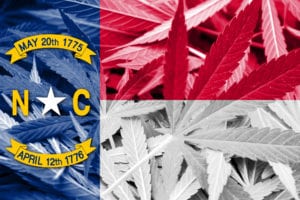 As of 2018, recreational marijuana is legal in nine states in the US, and 29 states have legalized medical marijuana.

There’s no shortage of pro-marijuana advocates in North Carolina. In fact, four out of five people in the state support legalizing medical marijuana.

Despite their efforts, the diflucan drug remains illegal in the state. It’s currently classed as a schedule VI controlled substance, along with hashish.

Are you scratching your head about North Carolina marijuana laws? Read on to learn everything you need to know about your rights regarding smoking, growing, and selling weed in the Tarheel State.

Believe it or not, someone in the US gets arrested for weed every 49 seconds. And in nearly 90% of those cases, the arrest is due to possession, not distribution.

But what happens after an arrest?

The penalties for weed offenses in North Carolina can vary widely, depending on the intent and amount. Here’s a quick look at some of the consequences you could face for each crime.

According to North Carolina marijuana laws, possession of 0.5 ounces of weed or less is a misdemeanor. It doesn’t come with any jail time, but there’s a $200 fine.

However, getting caught with 1.5 to 10 ounces of marijuana leads to felony drug charges. It not only results in fines up to $1k but also 3-8 months of incarceration.

Penalties for Sale and Cultivation

Selling, growing, or delivering 10 lbs of weed or less is a felony offense that can cost you $1k and land you behind bars for 4-8 months. The punishment increases to a $5k fine and 25-30 months of jail time if you get caught with 10-50 lbs.

Unfortunately, you can get don’t need to get busted during the process of selling weed for the state to hit you with an intent to distribute charge. You face the same penalties mentioned above just for possessing over 10 lbs of marijuana.

What About Medical Marijuana?

Less than 50% of North Carolinians are in favor of legalizing recreational weed. Yet support for medical marijuana is through the roof.

Legislators in the state introduce new bills on the regular basis. That said, all efforts to legalize weed have been fruitless so far. A comprehensive medical marijuana bill failed in 2015.

What makes some marijuana proponents hopeful, however, is the Epilepsy Alternative Treatment Act. The bill, signed in 2015, makes it legal for those suffering from epilepsy to use specific hemp extracts.

Due to public support, medical marijuana may one day be legal in North Carolina. But there’s currently no way to purchase marijuana legally in the state.

North Carolina marijuana laws can be confusing for some, as many people like to throw around the term “decriminalized.”

Back in 1977, NC legislators passed a bill that decreased penalties for weed possession. But if police catch you with more than 1.5 ounces of marijuana, you can expect serious charges. Also, keep in mind that even getting caught with less than 0.5 ounces of bud can lead to a fine.

Is someone you care about currently dealing with a marijuana-related charge? If so, make sure to reach out to us today for bail bonds services!