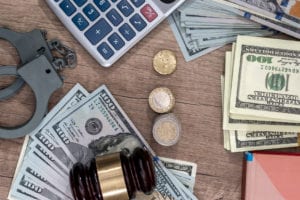 If you’re in a situation where you need to post bail, the last thing you need is for someone to take advantage of you.

Getting yourself or a loved one out of jail is your main concern. You don’t want to have the added stress of a shady company trying to scam you out of your money.

To give yourself some peace of mind, here are five questions to ask a bail bondsman in Greenville NC before you hire them.

Not just anyone can be a bail bondsman. Any reputable company will be licensed with the state of North Carolina. This helps make sure that they understand the bail bonds process and can provide you with the best service possible.

If you’re ever speaking to someone who either refuses to confirm that their team is licensed, or if their license has expired, run away! Choose to do business with a different company.

2. Can You Explain The Process?

Posting bail can be a tricky process that’s hard to understand for anyone new to the system.

The agency should be able and willing to take the time to explain the process to you, including what your responsibilities will be if you are bailing out someone else.

This is a sign of good customer service, but it’s also a way to make sure you’re working with someone reputable. If they don’t want to explain their process fully, they could be hiding something.

3. How Fast Can You Get Someone Out Of Jail?

Listen carefully to this answer. A good bail bondsman will know that while they can control their processing and paperwork timeline, they can’t actually control the jail system.

If they give you an exact timeline for when your friend or loved one will be released from jail, they’re likely just trying to get you to sign on the dotted line. Getting someone out of jail can be pretty unpredictable.

You should also be sure to ask the times that they can post bail — just because someone is available to answer the phone at night doesn’t mean the entire company operates at that time.

4. Where Are You Located?

If a bail bondsman isn’t in the same state as you are, you could end up paying more money. Instead of just paying for their services, you’ll also pay an additional fee for crossing state lines.

You can avoid this problem by searching for a bail bondsman in Greenville NC right off the bat. Don’t pay extra money because you didn’t look close to home!

Bail bondsmen make money by charging a percentage of the total bail amount. The exact percentage will vary based on the company, so do your research to make sure you’re not being overcharged.

After asking these five questions, you can proceed with confidence!