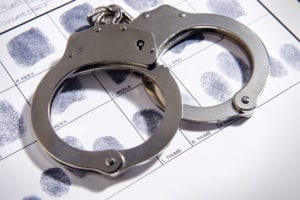 Despite not being listed in North Carolina’s crime statistics, getting caught with illegal drugs is a serious crime. Drug charges carry very tough fines and sentences in many states.

There might be differences between state and federal laws as well.

Title 21 Code of Federal Regulations lists the schedules for Controlled Substances. These controlled substances are drugs that are easy to abuse and cause dependence. Some don’t even have an accepted use in medical practice.

Examples of controlled substances include heroin, LSD, methamphetamines, and cocaine. Others include Fentanyl, benzodiazepines, and oxycodone.

Read on to learn the legal process and the consequences of being indicted on drug-related charges.

According to FBI estimates, more than 1.5 million people in the U.S. were arrested on drug charges in 2016. Prosecutors weigh charges depending on drug possession or intent to sell them.

Thus, an individual’s charges may be a misdemeanor or a felony, which has tougher sentences.

Here are a few guidelines to help you understand drug charges in North Carolina:

People with prior convictions will have their misdemeanor charges elevated. For example, a Class 1 misdemeanor conviction makes one a Class I Felon. Class I felons get a maximum of 2 years in jail.

There are two types of drug possession: actual and constructive. In ‘Actual’ possession, the police find the drug on you. With ‘Constructive’ possession, the drug could be at your home or somewhere linked to you. It also applies when your items are found in a place where there are drugs.

Those who sell precursor chemicals for manufacturing drugs share the blame as well. Examples of these chemicals include ammonium nitrate, acetone, benzyl chloride, and ethyl ether.

By far, selling controlled substances is the worst crime of the three. Trafficking drugs is a felony. There are no lesser charges or misdemeanors for trafficking.

As such, penalties include expensive fines going as high as $500,000. On the other hand, jail terms can go to about 20 years. Add other convictions, such as firearm possession, and you could be in jail for years.

If the police arrest you on suspicion of any of these crimes, you’ll need to get out of jail as soon as possible. North Carolina allows the use of bail bonds services. Such firms guarantee your release and court appearance. This gives you a chance to prepare your legal defense from the outside.

The next time you hear about drug charges in North Carolina, you’ll know what it entails. Note also that the amount and type of drugs play a role in the sentencing. The higher the drug is on the Schedule, the tougher the fines and penalties.

Contact us to learn more about bail bonds services in North Carolina.