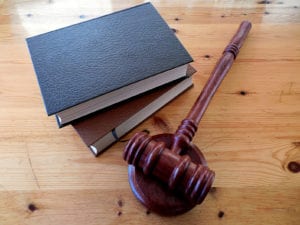 If you or a loved one winds up in jail before a hearing, you probably want freedom for either yourself or your loved one. At least until your next court date.

You may have never had to help out someone who’s been arrested. That’s ok. We have the information you need to get you or someone else home until their court date.

We can tell you all about how to obtain bail bonds Greenville NC.

The courts want you to come back for your court date. So, they give you two options.

Give them a deposit, or sit in jail until your court date.

Bail is this deposit.

How Do They Determine Your Bail?

Bail is set by a judge at your preliminary hearing.

How high your bail goes depends on a few things.

You could see a smaller bail if you have no priors. Small being $500 for a nonviolent petty misdemeanor.

This number can go up. More offenses or previous offenses could increase bail.

If you have a particularly henous charge levied against you, it can be worse.

In Ontario, California, a man by the name of Kening Ma received one of the highest bails in history. His bail was set at $150 million.

He and his wife received a 70-count indictment that included 33 counts of grand theft, one conspiracy, six counts of money-laundering, and a total of 30 counts of “Possession of a false certificate.”

Most likely, you won’t be facing these kinds of charges. (We hope not, anyway.) And the highest you will see is a few thousand.

Bonds are essentially a short-term loan.

Some people cannot afford bail. And they need this loan to pay their bail.

A bail bondsman is someone who will pay your bail for a fee.

The bondsman typically charges a 15% premium for his services.

If you elect to pay your bail on your own, without a bond, you can request your money when the case is over.

A bondsman works with the court in the same manner. He keeps his 15% premium when the case is over.

People sometimes choose to get a bail bond over spending their time in jail before their next court date.

The time between arrest and their court date can be weeks to months.

Trust is important in any relationship.

Whether a bondsman trusts you or not could determine if you get secured or unsecured bail bonds Greenville NC.

A secured bail bond requires collateral of some sort. The bondsman requires this because they don’t trust you to show up to your court date.

Collateral is usually some sort of valuable. A car or a house.

The bondsman keeps this collateral if you don’t show up to your court date.

An unsecured bail bond requires no bondsman or collateral. You just sign a promise you will attend court.

If you want to stay out of jail until your next court date and you can’t afford bail, bail bonds Greenville NC are your way out.

Need a bond? Get in touch with A Be Out Bail Bonding. We’ll give you freedom.