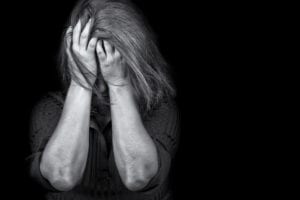 Every year on September 14th our country takes a survey. It’s not to find out how many people tuned into the American Ninja Warrior finale. And it’s not to catch how many people run stop signs when no one is around.

It’s more serious than that.

This survey is conducted by the National Network to End Domestic Violence (NNEDV). The information gathered: Domestic abuse facts. The purpose: document the number of individuals in a single 24-hour period seeking services for domestic violence relief.

The NNEDV uses the census numbers to create the Domestic Violence Counts summary. Their goal is to provide government agencies and advocacy groups with domestic abuse facts on a national and state level.

These are some of the unsettling statistics from one day — September 14, 2016:

If that’s not enough to shock you, here are the September 14 numbers from our own backyard:

1) Younger women are the majority of victims.

2) Domestic violence has a higher rate of repeat victimization than any other crime.

One study found that over two-thirds of female victims were revictimized within a year (Walby and Allen 2004).

3) Alcohol use is prevalent in both abusers and victims.

Many victims turn to alcohol and drugs to cope with the abuse. The Women’s Action Alliance reports 60-75% of the women seeking shelter services had developed problems with their original coping mechanisms.

4) The presence of a gun in the household is an aggravating risk factor.

The risk of femicide during domestic abuse increases by 500 percent when a gun is available in the home.

5) Domestic or intimate partner violence is not gender specific.

The Bureau of Justice Statistics (2003-2012) reported that almost 24% of domestic violence survivors are men.

The Truth About Facts

Domestic abuse facts are not accurate.

That may seem like a strange statement. But, it’s necessary to understand the severity of the situation.

Why are the statistics about domestic violence incorrect?

Because it’s estimated that only 36% of victims report domestic abuse. This is the complete opposite from other types of crime.

People who are victims of domestic violence often keep it to themselves. Their reasons include:

Another contributor to the inaccuracy of domestic abuse facts is from underreporting. Many counties in North Carolina are not required to report acts of domestic violence.

The North Carolina Council for Women is a strong advocate for providing resources and help to victims of abuse. Several years ago they took it a step further.

In 2002 the Council was given authority to approve and administer the Abuser Treatment/Batterer Intervention Program. The program provides abusers with guidance and tools they need to take responsibility for his or her actions.

Together the Council for Women, the court system, and batterers are working to end the cycle of domestic abuse. They’ve created an interactive program directory to help abusers and victims find help in their county.

Get Help, Have Hope

First of all, if you or someone you know are dealing with domestic violence make a call. The National Domestic Violence Hotline at 800-799-SAFE (7233) is ready to help.

Next, believe that there’s hope.

One survivor who received help on September 14 sent a thank you card. She told the program staff it was the first time she and her family felt safe. She drew birds flying out of a birdcage and the words above it were: ‘Free at last.’

Do you have a similar story? Do you know someone who survived domestic abuse?