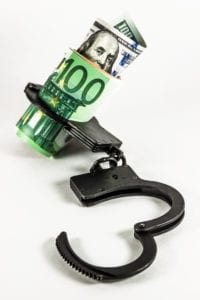 When people are looking at houses, one of the things they consider is the safety of the neighborhood. But what about the bigger picture like the safety of the state? If you live in North Carolina, I have some mixed news regarding the crime rate.

Whether you’re a North Carolina long time resident, have family there, or are simply curious, we’ve gathered five of the top facts about North Carolina crime rates. To brush up on your crime facts, continue reading below.

Property Crime is Down

When North Carolina crime rates were compared between 2014 and 2015, law enforcement officials and the FBI were happy to announce that overall crime rate went down. The crime rate has been headed down steadily since a peak in 2005.

The state boasted a drop in crime of 3.5 percent. Crimes that decreased included types of theft like car theft, larceny, and burglary. Arson incidents are also down.

This good news is contrasted by the types of crimes that increased over the 2014-2015 year.

Violent Crime is Up

There are eight types of crime that the FBI and North Carolina officials track. Property crimes (listed above) went down in 2015 and NC has those to thank for the overall crime drop.

However, the worst type of crime, violent crime, rose in the 2014-2015 year. Violent crime such as aggravated assault, aggravated burglary, murder, and rape are all seeing an increase.

To continue on that morbid note, three counties in North Carolina were ranked as murder capitals in a national list published in 2016. FindTheHome studied data from all over the country to come up with the places with the highest murder rates out of 100,000.

There were cities that you’d expect on that list, like Chicago but then there were also rural counties. Three of those rural counties were in North Carolina. They’re Halifax County, Nash County, and Robeson County. They’re listed in order from most dangerous to least dangerous.

Where Crime Went Up

The numbers in this and the following section are different from the section immediately above because they are based on FBI data specific to North Carolina as opposed to the entire country.

According to the government data for 2014-15, the crime rate went up in Durham County, Chatham County, and Johnston County. The percentages range from a 1.2 percent increase to almost four percent.

Where Crime Went Down

North Carolina crime rates went down in the following counties: Wake County, Orange County, and Franklin County. Officials are citing the drop in property crimes for the decrease in these counties.

If you’re looking for the safest North Carolina Counties or want to know where your kids will stay out of trouble and out of jail, try those first.

Now that you know what the crime scene is like in North Carolina, you can stay safer and live more freely. If someone you love was involved in a crime, would you know what to do?

Who would you call first?